Beginning this morning with tears. I was fine until they got to Reagan’s speech. This #TBT reaches back 30 years ago when I was in the 4th Grade.

On January 28, 1986, Space Shuttle Challenger was lost 73 seconds into its 10th flight, leading to the deaths of its seven crew members.

I remember watching in horror, not understanding what had happened. I was in a Lutheran school that year, and I recall the teacher praying with us. It really was a different kind of time… A little perspective is important…
You see, back then we didn’t have tragedy bombarding us every day in the news- I mean, sure, bad things were happening… but we weren’t constantly bombarded with it. In fact a great many people didn’t even know about the Challenger explosion until the 5:00 news reported it.
The Internet was a completely unknown kind of experiment between Universities and Government agencies instead of in our pockets as you’re likely reading this now.
So for something like this, there was just a focused outrage- wanting to know why.
See More:
http://www.history.com/topics/challenger-disaster/videos/engineering-disasters—challenger
You know what- it changed the Space Program forever, and I have always thought it was not in a good way. This was not the first time we’d had a disaster going into space. But I think it was the first time we started doing something as a culture far more dangerous:
Placing Blame.
You see- when we say “Those Brave Men and Women” we used to mean just that.
Now- we mean “Those Victims of Negligence.”
I think everyone pretty much agrees that Challenger was the beginning of the end of the Shuttle program for all intents and purposes, but have you ever stopped to think about what changed?
It wasn’t those that were willing to be Astronauts. It was us.
We lost our courage that day.
It is tragic, really. But the thought of another shuttle even going up any more is becoming a foreign thought these days. We no longer stare in wonder at the heavens hoping to reach up there and touch it.
Now we send unmanned satellites to beam information back and forth so instead of looking up, we look down at our Smart Phones.
We endlessly strive to protect our children from anything and everything that could do them harm, while missing the one thing we could equip them with to prevent it – courage to dust yourself off, get up and learn from it. Now they never experience it all.
We Bully the Bullies as a society today instead of teaching our kids how to fend for themselves. As a result the bullying becomes more and more dramatic.
Perhaps most tragically is how much we are not like Astronauts in our work lives.
We cower in our cubicles, hoping that somehow we can get ahead instead of taking the chances required to get there.
Job interview after job interview, we blame the companies that do not hire us instead of looking inwardly and facing the fact that we have done nothing to make ourselves all that attractive to them.
We hope that someone will hand us success instead of building it from the bottom up.
Why?
Because we are afraid.
We lack the courage we used to have.
We used to strap ourselves onto rockets and blast into space, for crying out loud!
Now we are afraid to even get on an airplane.
I miss the courage we had as a society.
I want to encourage you though… in fact just as I typed that I broke the word down:
EN – COURAGE
In other words- impart to you some of what I have.
I have a very crazy life, one that many don’t understand and can’t picture themselves having.
I work for myself, travel the country and never really know what is next… but you know what?
I’M NOT AFRAID
I took the leap. It was painful, and frustrating and continues to be at times… but you know what? It’s worth it.
Now I’m not telling you to quit your job and go crazy freelancing.
I’m telling you that you need to work on courage. And I’m telling you that it is ABSOLUTELY POSSIBLE in your life. Not just because I’ve done it, but because I’m not alone.
So here’s what you do:

Sure, you’ll fall down. Sure, you’ll have times of being hurt and maybe even hurting others. It’s called life.

You’ll never reach the stars if you’re constantly looking down- cowering in your cubicle!

I hope that this was challenging (pun intended) and that it lifted you up. If it was, all I ask is that you share it! Tweet it! Share it on FB!

I’d love to hear from you as well! Comments, Emails, Likes- it’s all good. 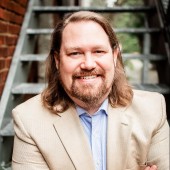 Why Speaking Well of Your Spouse Is So Important

What To Do When Your Spouse Doesn’t Support You